This year’s Bear on the Square is dedicated to four people very special to the festival. Long-time publicity chair Jimmy Booth, popular Gospel Jam singer Gary McCullough, bass player Jack Taylor and avid fan Chris Thomlinson have all passed away in the years since the last festival.

“These four men have a lot in common,” said Gospel Jam organizer and emcee Glenda Pender. “They were all very dedicated to the spirit of Bear and to the recognition of the celebration of our Appalachian culture that Bear is built on. In addition they share the sense of family that exists among those who participate in the festival year after year. These four were all kind; they were all dedicated to what they believed in, and often a sense of humor went along with that.”

The dedication will be made at the Sunday Morning Gospel Jam which begins at 11 a.m. April 24 in the festival MainStage tent just off the square.

When Jimmy moved to Dahlonega in 2006 one of the first people he met was Pender, who also serves as Bear on the Square’s president, and it didn’t take her long to recruit the semi-retired public relations consultant/journalist to the Bear team. Jimmy, already a fan of Bear after his first April in Dahlonega, handled the festival’s publicity for about 12 years and served on the festival committee throughout that time.

Jimmy loved the festival and the people who made it happen. He loved being part of an event that he took so much pride in. He worked closely with other committee members, developing friendships and enjoying being a part of such a dedicated team of volunteers. Each year he looked forward to getting to know a new group of UNG student interns, both mentoring them and being mentored himself! He also worked with local and regional media outlets, always excited by their response to the festival and their willingness to help get the word out about it.

When the actual festival finally came around, Jimmy’s job of many months was done, allowing him to just enjoy the event, which he did with enthusiasm and without a break—from the Friday night auction to the closing band on Sunday. While not a musician himself, he loved and appreciated the music, and rarely left the MainStage tent for its two-day lineup of bands.

Those who purchased Georgia Pick & Bow raffle tickets in the back of the MainStage tent probably spent a few minutes chatting with him there. A Pick & Bow board member, he always volunteered for the job of ticket sales because it kept him in the tent for two days of great music and he met so many interesting people.

Jimmy stepped down from his responsibilities with Bear not long before he passed away on Sept. 26, 2019.

These comments come from Jimmy’s wife, Margo, who also serves the festival as a committee member and past board member.

From the beginning of Bear on the Square 24 years ago until 2018, Gary took the stage at the Sunday Morning Gospel Jam to sing one of his favorite gospel songs, and led the audience at the end of the the jam in “I’ll Fly Away.” During Gary’s 14-year stint as mayor of Dahlonega, Gospel Jam emcee Pender always got a laugh from the audience when she introduced “The only singing mayor in North Georgia born on the 4th of July . . . that we know of.”

Gary loved to sing. He sang in his church choir, and on Saturdays at Dahlonega’s Appalachian Jam on the square where he played his five-gallon bucket. He looked forward to two days at Bear on the Square, joining one jam group after another for a few songs, making new friends and reuniting with old ones.

Gary passed away November 17, 2021, following a long period of declining health which had kept him from participating in “his favorite festival” in 2019. His headstone in City Memorial Park memorializes him as “The Singing Mayor.”

These recollections are from his wife, Charlotte, who also was a supporter of the festival, having been a regular volunteer over the years and a having chaired the auction committee.

Jack taught himself to play the bass many years ago when the youth group he worked with at his church needed a bass for their worship team. As a resident of Florida Jack made many trips to bluegrass festivals in North Georgia and looked forward to the day when he could retire and become a part of the local music scene. That happened in 2006.

Jack was drawn to bluegrass music and always said “I love all music, but if you cut me I’d bleed bluegrass.” He was always at Bear jamming on the square well into the night with his bass he called “Big Blond,” and at any other jam he could find—Dahlonega’s Saturday Appalachian jams, SouthEastern Bluegrass Association jams, and jamming with friends. He played in the Barefoot Creek Band, filled in with local bands whenever needed, played bass in the Holly Theater production of “Smoke on the Mountain,” and basically was anywhere he could find bluegrass music. Jack was especially honored to be asked for many years to be the bass player in the Gospel Jam house band.

Jack took pride in being an early teacher with Georgia Pick & Bow Traditional Music School, a program he was very fond of.

These remembrances come from Jack’s wife Henny who also served Bear as a hospitality volunteer for many years.

Chris, devoted fiddle fan and lover of old-time music, enjoyed his first experience at Bear on the Square in 2004, the marvelous year Bobby Hicks and Ginny Hawker were festival headliners. Throughout that day of uplifting music, Chris was fascinated by the skill and camaraderie of the many jamming groups occupying their favorite spots around the historic courthouse square, who—without missing a beat—would make their circle wider to create a space for each player who stepped up to join the tune.

Each year brought the return of Bear with fresh opportunities to make lasting memories. Chris never missed the John Lilly yodeling workshop, the Gospel Jam, or Jim and Patsy with their slow jam. Chris’ grandson was a budding fiddler, and Bear on the Square soon became their musical reunion where his family had the joy of seeing dear friends they had met through their shared interest in old-time music, Dahlonega’s Mountain Music and Medicine Show, competition fiddling, SouthEastern Bluegrass Association, and jams in places near and far.

Chris cherished many fond memories of Bear, especially a thrilling MainStage performance by the Carolina Chocolate Drops, which absolutely electrified the audience. That exciting experience, shared with 400 elated old-time music lovers, created an indelible memory that he treasured.

Each year Chris’s most anticipated and appreciated Bear event was the Gospel Jam. The stirring sound of the piper playing Amazing Grace, the joyful voices raised in song, and the soulful tones as his grandson fiddled a gospel tune, all sounded a lot like heaven to Chris, and brought joy to his heart.

Chris’s memories were shared by his wife Cheryll. She also is a fan and supporter of the festival and is a former festival committee chair. 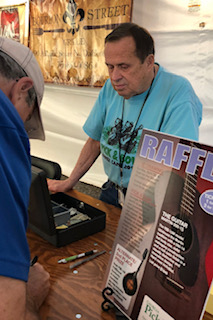 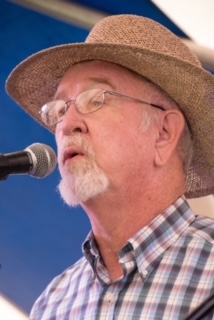 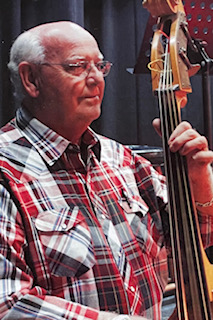 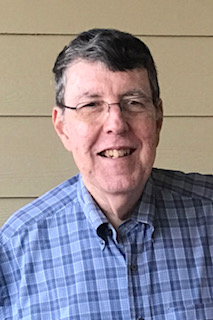